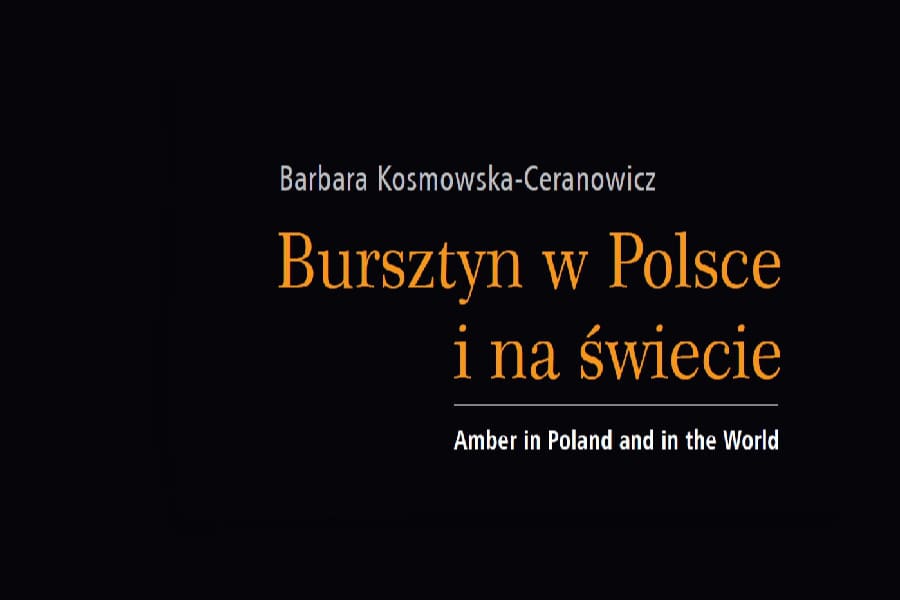 The second, changed version of the book by prof. dr. hab. Barbara Kosmowska-Ceranowicz available at the Amber Museum.

"Amber in Poland and in the world" by prof. dr. hab. Barbara Kosmowska-Ceranowicz is a Polish-English publication showing the beauty, history and properties of amber. Written in a simple and accessible way. Thanks to the wealth of information, this book can be used as a textbook for students and researchers of the faculties of earth sciences at universities and technical colleges. It is written in a simple and accessible way and is also addressed to people professionally involved in the processing of fossil resins and a large group of lovers of this particular mineral, enjoying become extremely popular in our country. He discusses the genesis, occurrence, naming and processing of succinite and other fossil resins in a global perspective, the history of their presence in our culture and the traditions associated with them, as well as the study of organic material contained in fossil resins.

Professor dr hab. Barbara Kosmowska-Ceranowicz - a geologist by profession, she is an outstanding amber researcher. Since 1956, he has been working at the Museum of the Earth at the Polish Academy of Sciences in Warsaw - in the years 1974–2007 and 2008–2010 as the head of the Amber Department, previously as the head of the Geology Department. The main subject of her research are deposits of amber and their spread in the world, and currently also identification and methods for determining fossil resins.

Barbara Kosmowska-Ceranowicz is a member of the Polish Geological Society. She was a founding member of the Working Group of Organic Minerals of the International Mineralogical Society, which has been active since 1985 for nearly 25 years. He is a founding member and expert in the field of amber and other fossil resins of the Polish Gemological Society, the International Amber Association and the World Amber Council in Gdańsk, as well as a member of Bernstein Arbeitskreis in Hamburg. Since 1993, he also cooperates with the organizers of the "Amberif" fair in Gdańsk, and since 2001 the "Gold, Silver, Time" fair in Warsaw in the field of promoting knowledge about amber. She is the author of about 250 scientific and popular science publications on amber and numerous scenarios for domestic and foreign exhibitions. He consults many Polish and international research works. Initiates and coordinates national and international interdisciplinary cooperation among amber researchers.

Features and properties of Baltic amber