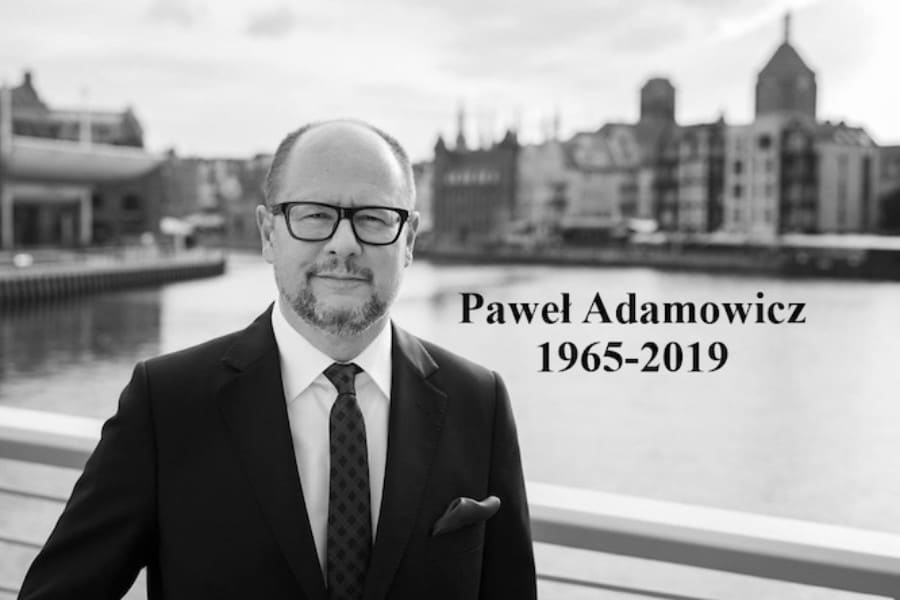 Today, we all remember the murdered Gdańsk President Paweł Adamowicz, emphasizing how much he did for his beloved city for over 20 years of presidency. With this number of achievements, the fact that Gdańsk became the World Capital of Amber disappears during his presidency.

"Gdańsk is the most wonderful city in the world" - this is one of his last sentences spoken on the stage of the Great Orchestra of Christmas Charity in Gdansk. It's hard to disagree with him, watching how fantastically the city has developed over the past two decades. One of the pillars on which its splendor was consciously built was - and we believe it will continue to be - Baltic amber. Amber, with which Gdańsk and Poland have been associated for a long time, and which, thanks to numerous promotional efforts, made Gdańsk the undisputed World Amber Capital.

This is also the name - Gdańsk - the World Capital of Amber - carried by the project aimed at promoting Baltic amber and popularizing knowledge about it. The project implemented by the President's Office for City Promotion covers many different events, among which the most important is the AMBER LOOK Trends & Styles Fashion and Amber Gala during the International Amber, Jewelery and Gemstones Fair Amberif (in cooperation with the International Gdańsk Fair), where the latest collections of fashion and jewelry designers; International Amber Workshops (in cooperation with the Polish Amber Chamber of Commerce), during which artists from various countries learn about amber and the secrets of its processing - as a result often including it among their favorite stones; the publication "Trend Book", which since 2011 has been systematizing the information necessary to forecast stylistic trends and use them in the design of amber jewelry (initiative of the city, Academy of Fine Arts and the National Chamber of Commerce of Amber); numerous exhibitions - including the last one, 'Baltic Amber. Tradition and innovation ", which is a kind of documentation of all significant achievements in the field of modern amber. From the moment the project 'Gdańsk - the World Capital of Amber' was included in the city's development strategy, implemented amber ideas that were born in Gdańsk, but often covered the entire country (e.g. signing a letter of intent between the Parczew poviat and the municipality of the City of Gdańsk and amber industry organizations) in the field of using deposits in the Lubelskie voivodship or the Amber Road Cities Forum), and sometimes even the world (e.g. the World Amber Council), there was much more. Not all of them are continued, but all together strengthened the unique position of Gdańsk as the World Capital of Amber and Poland - a country commonly and positively associated with this stone. "Amber is our competitive advantage," Paweł Adamowicz used to say and he knew well how to use this advantage.

"Thanks to Mr. President, we felt that someone was interested in us and our affairs. The personal commitment and initiative of the Gdańsk ruler led to the creation of, inter alia, the signing of a Declaration of Good Amber Practices, the opening of the Amber Museum, launching the position of the amber plenipotentiary, implementation of the ordinance regulating the rules for the lease of municipal land for the search for amber deposits, as well as the construction of a modern exhibition facility Amber Expo. Mr. President was a real Gdańsk citizen who felt personally responsible for his city, and his greatest treasure - amber - was very important to him. It is thanks to the favor of the President that industry organizations have developed that support the dynamic development of the industry and the promotion of the Gdańsk goldsmith school around the world, "recalls Adam Pstrągowski, president of the board at S&A SA

For many years, Paweł Adamowicz has been awarding amber medals to the President of Gdańsk every year, thus thanking them for their contribution to the promotion of amber and Gdańsk - the World Capital of Amber. Today, unexpectedly and too early, it is time to thank Him for invaluable merits in this field - is there a medal that could express gratitude to the amber industry ...?