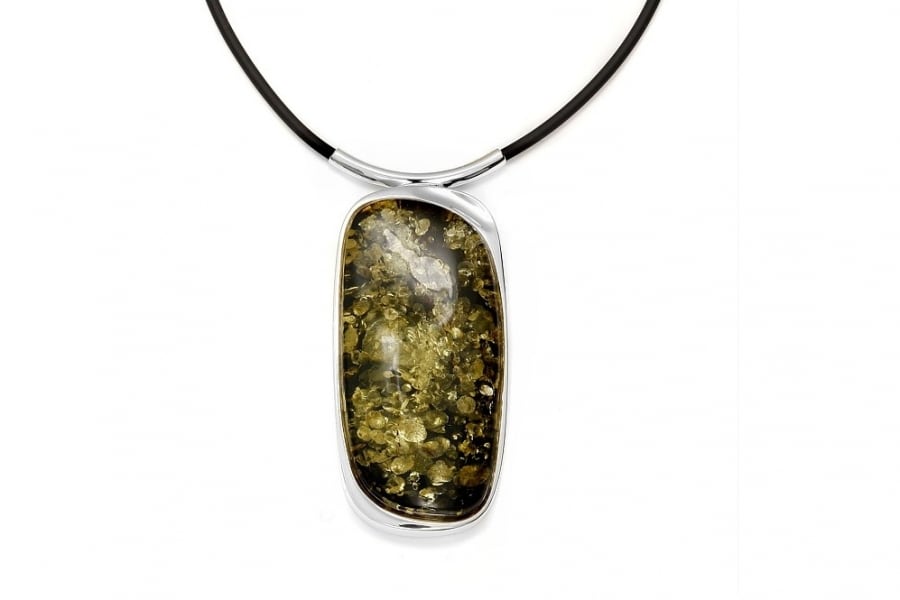 Admiring the Baltic amber jewelry, we are often surprised by the unusual color, the degree of transparency or the shimmering glitters refracting the light. Where do the mysterious "scales" make amber such a luminous stone come from?

The history of extracting the natural beauty of Baltic amber is very long. Already in the 17th century methods were known clarification amber by prolonged heating of nuggets in linseed oil, which filled the pores in the succinnas making it more transparent. It was also popular to heat amber wrapped in paper in a pot with hot sand[1]. In the second half of the twentieth century, amber workers clarified succinite in their own homes in ... kitchen appliances! Amber nuggets were put into the prodiż, and then filled with sand or salt for even heating. Currently, nuggets are clarified in an autoclave at elevated temperature and pressure. In this process transparent, sometimes even colorless pieces of amber are obtained[2]. Slow cooling down of the nuggets is key to prevent them from cracking[3].

However, when we cool the amber rapidly, the so-called "Lhusks", Also called" sparkles ". Inside the lumps of amber, which cools down relatively quickly, micro-cracks appear, then the interior of the amber acquires a twinkling character, attracting curious eyes. However, the fact that fish scales are sunk in the middle of such a stone is not true. The coincidence of names is completely random 🙂.

Stones have been produced since the 1980s, which consist of two parts - the so-called doublets. The upper part is lemon clear amber, often called "Scales" and underneath - a layer of black organic paint that makes amber appear greenish[5]. A similar effect is obtained by treating the back surface of amber with a flame, which darkens, being an excellent background for scales in transparent amber. With this method, the visual effect is much more interesting than when using organic paint due to the change in the texture of the bottom succinite layer and its unforeseen color, which can be black, brown or dark gray.

Thanks to minor modifications, we can enjoy the wide spectrum of Baltic amber - lemon, honey, cognac, greenish, white or red amber colors no longer surprise anyone.