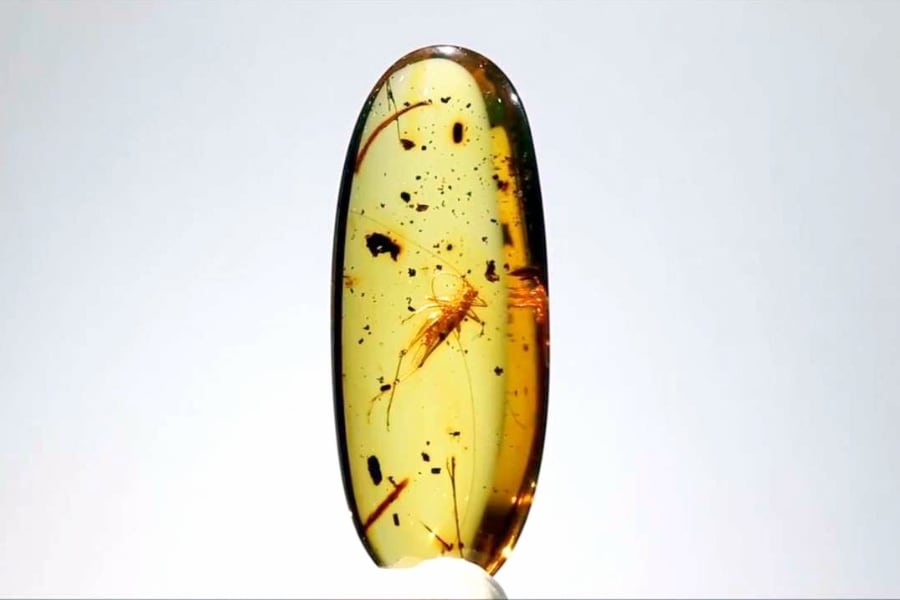 The word kopal comes from the word copalli, which in Nahuatl means 'incense'. This fragrant stone has fascinated people with its resinous smell and unusual appearance since the dawn of time. Nowadays, it is often compared with Baltic amber, due to its similar appearance, despite its different properties. Are these resins more divided, or do they have more in common than they seem?

Natural resins are divided by age: older fossil (e.g. Baltic amber) and younger called subfossil (e.g. Colombian copal). The mines are between 10,000 and 1 million years old, and according to some researchers up to 5 million years [1].

The exact name of the copal usually comes from the place of extraction or from the name of its parent tree. The most popular copal is resin from Colombia, which is characterized by a yellow-greenish color and high transparency. Its native tree are tropical deciduous trees Leguminosae (similar in appearance to modern acacia).

Resin from Colombia is collected from the Earth's surface or extracted at small depths. The largest deposits are located in the Andes in the departments of Boyaca and Santander.

The Colombian copal is successfully used in jewelry and sculpture. However, due to its fragility, it undergoes a thermal process in an autoclave to increase its hardness (and thus enable polishing) and age the color of the resin. There is also varnishing of the resin surface to increase its resistance to mechanical damage and give it a better gloss [3].

Baltic amber is sometimes replaced with copal from Colombia. There is nothing wrong with it until the person concerned is aware of it. The Colombian copal has the unfair opinion of being an imitation of amber, although it is a valuable and unique stone in itself. Both of these resins are of natural origin and emit a beautiful resinous smell when heated.

In our Amber Laboratory, we use infrared spectroscopy (FTIR) to distinguish different resins from each other so that the buyer can be sure of what he is purchasing.