Features and properties of Baltic amber 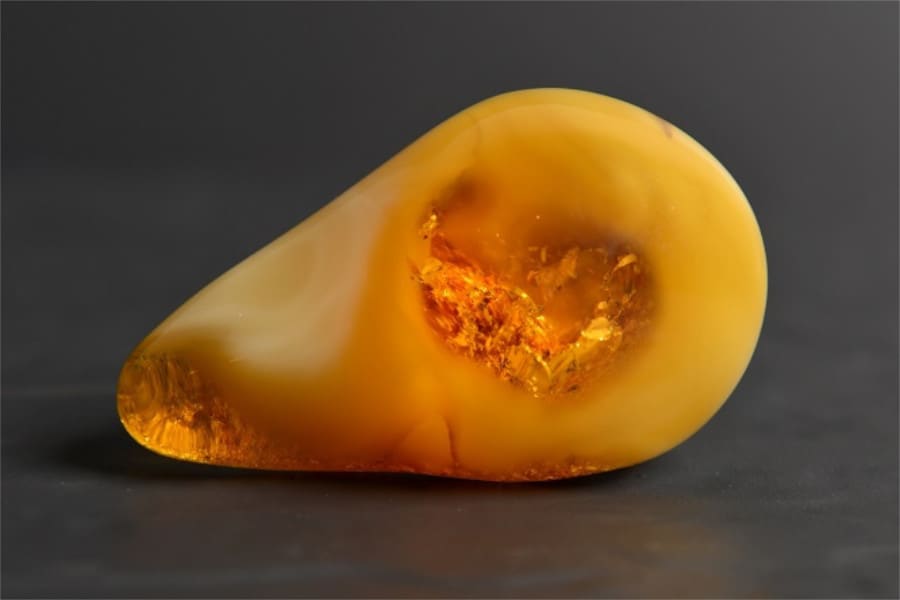 Baltic amber, also known as succinite, is the best known fossil resin formed from prehistoric trees. To date, the parent tree for Baltic amber has not been clearly established. Since the nineteenth century, the most common is the plant from pine families - Pinus Succinifera.

From a chemical point of view, Baltic amber consists of 79% from carbon, 10.5% from oxygen and 10.5% from hydrogen. It is practically insoluble in the most common solvents.

Natural Baltic amber comes in two basic varieties (which depend on the internal structure) - transparent and opaque. A transparent variety is one in which there are no gas bubbles. trinket or honey or are in small amounts with a cloud. On the other hand, opaque varieties can appear in white and yellow.

Amber is an "eternally living stone" that manifests its life with color changes. This happens as a result of the action of air, light, and also by changes in humidity and temperature. Changes in the color and structure of amber are noticeable after 15-20 years. Light colors are becoming more orange, red, overgrown with bark. Amber weathers from outside to inside.

There are no red or black ambers in nature. These colors are artificial, obtained in an autoclave under the influence of high temperature, pressure and other inhibitors.

Baltic amber contains from 3 to 8% succinic acid and this distinguishes it from other resins in the world (they contain from 0 to 3% succinic acid). The most succinic acid is found in the outer layer of amber, the so-called bark.

Therefore, believing in the health properties of amber, it is best to wear products from rough amber. In addition, rubbing it with a fabric, it will be electrostatically charged and then attract small particles, e.g. scraps of paper. What's more, amber burns, gives off a nice, pleasant, resinous smell. It floats on the surface of salt water but sinks in fresh water (due to its density similar to sea water). On the Mohs scale, its hardness is 2.0 - 2.5 (between plaster - hardness 2.0 and calcite - hardness 3.0).

Location and methods of amber extraction