What is Ukrainian amber? 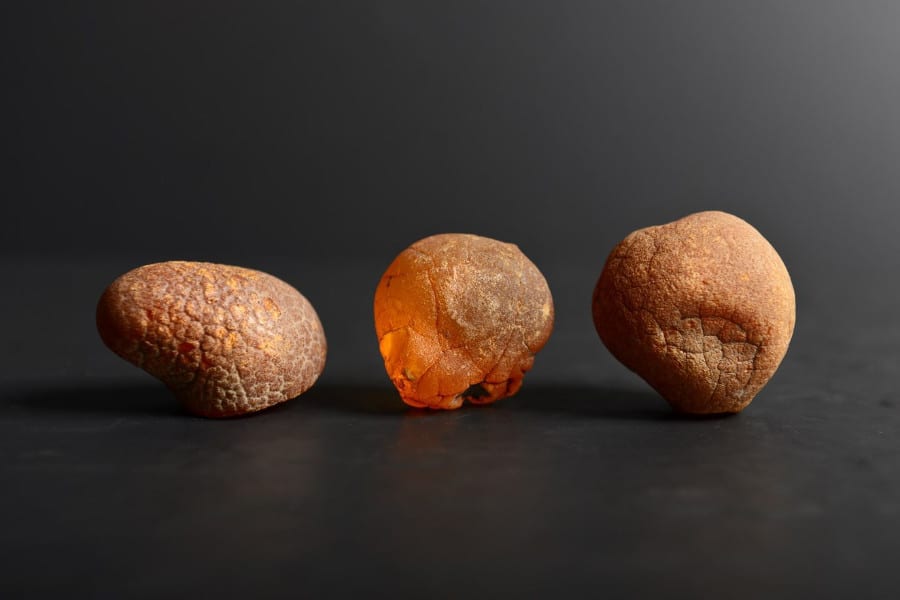 Amber is inseparably associated with the Baltic Sea region. However, it turns out that succinite can also be found in areas far away from it. Where did it come from and is it different from that of the Baltic Sea?

At the beginning it is necessary to clarify the mechanisms of amber deposits formation. All Baltic amber deposits are secondary, i.e. before they "settled" in a given area they were transported over a greater or smaller distance.

One of the largest and most well-known Baltic amber deposits are located on the Sambian Peninsula and in Poland near Chłapowo, these are the areas of the former Paleogene Gdańsk Delta. The delta was a kind of connection of the not too deep intercontinental sea with the North Sea. In the area of this delta, coniferous resin, which was transported through the rivers from Scandinavia and the Baltic Sea to the south, deposited in large quantities.

The Sambian Delta is not the place where amber ended its journey. A significant part of them changed their place of residence for about 40 million years. The deposit has been blurred many times, resulting in amber in increasingly younger deposits. Over the past million years, the Earth's climate has changed significantly. Glaciations had the greatest impact on amber deposits and their transport. The masses of snow that fell on Scandinavia did not melt, which resulted in the formation of huge ice sheets flowing more and more to the south. However, the ice sheets had their "stoppage" periods, during which water eroded deep valleys under them and washed the material on its foregrounds. This material was, inter alia, resin, which in the mass of stony mud sometimes flowed in cold glacial waters. The conditions for repeated transport were therefore radically different from those in which amber traveled for the first time. The ice sheets advancing south transported amber to southern Poland, Ukraine and even central Germany.

The amber nuggets were unprotected during repeated transport because the bark and wood that had previously covered them were broken down. Why, then, have the nuggets not been completely crushed and naturally ground? It turns out that amber's salvation was its very low density, similar to that of water. This meant that the nuggets were not constantly rolled along the bottom of rivers, but often floated on the water surface.

Amber from deposits in Sambia are different from those in Ukraine. This is due to different transport conditions as well as the method of deposit deposits. Amber from Sambian deposits is usually not windproof, because it has very favorable conditions of retention - it is in constant humidity conditions - below ground water level. Transport conditions were also quite favorable, because often during their "river journey" they were still stuck in tree trunks. Thus, Sambian amber had a protective layer, moreover, the path it traveled between the amber-bearing forest and the deposit was not long. All this resulted in fresh or slightly changed forms in Sambia.

In Ukraine, amber deposits are deposited relatively shallow, as a result of which amber is deposited in layers with variable humidity depending on precipitation. Therefore, Ukrainian amber can be easily recognized by its black, thin, sometimes flaky, weathered layer. Its color falls into a red shade, unlike Sambian amber, it is associated with the surrounding rocks. The harsh transport conditions also resulted in smaller amber nuggets in Ukraine than in the previously mentioned deposit in Sambia.

To sum up: the amber found in Ukraine is the same Baltic amber that is in the vicinity of the Sambia Peninsula and in Poland. It comes from the same region, but due to the ice sheets it was transported and deposited again. Due to the harsh conditions it has undergone and due to various deposition conditions, Ukrainian amber is more weathered and occurs in smaller nuggets than Sambian amber.

Postcards from the Amber Museum