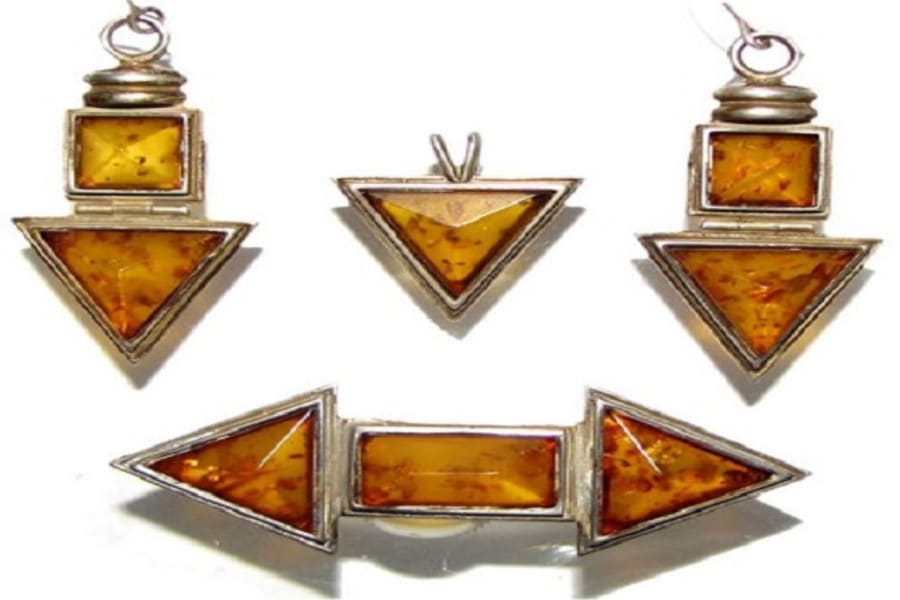 A few words about the work of Joachim Sokólski.

Joachim Sokólski was born in 1946 in Warsaw. In the years 1966-1972 he studied at the Faculty of Interior Design of the Academy of Fine Arts in Warsaw. Sokólski was an outstanding creator of artistic and unique jewelry. In the years 1973-1985, the artist took part in over one hundred collective and individual exhibitions in Poland and abroad.

The work of Joachim Sokólski was modeled on simple, traditional, geometrical jewelry forms typical of the Polish avant-garde of the 1970s. Few of his works were decorated with Polish amber. At that time, these works were of a commercial nature.

Joachim Sokólski was the founder of the workshop in which amber products were produced and it was one of the first capital companies in the final years of the People's Republic of Poland with foreign capital. Sokólski established this company with Robert Rontaler, a renowned English buyer of amber products, who has been promoting Polish amber on the British market for years.

Sokólski was creatively active for almost 40 years of artistic life. He died in 2008.

Head of the Crucified Christ carved in amber