Maze according to Andrzej Boss 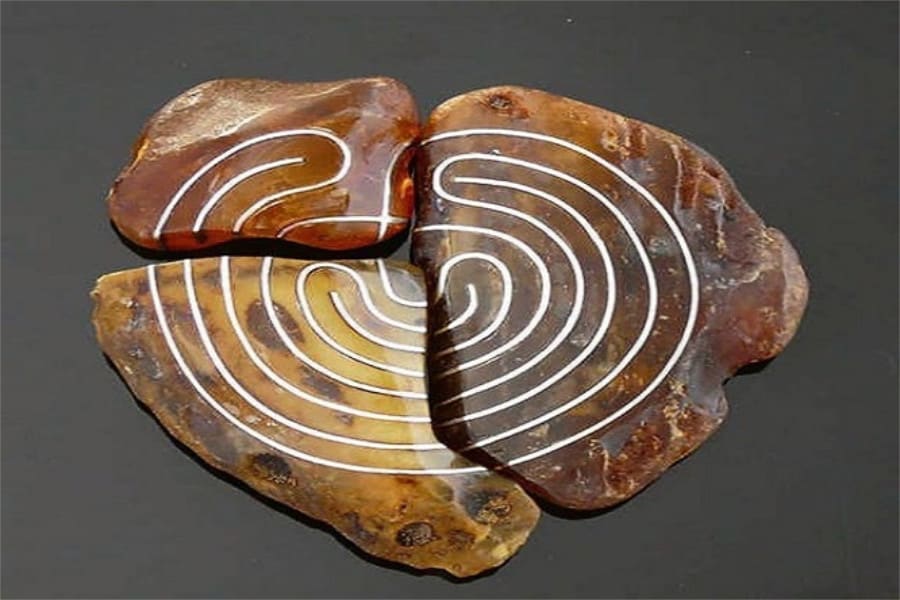 The Amber Museum holds the symbol of searching for a target.

His amber ornaments have been breaking canons for years. As he claims in the book Amber not only on the Baltic Sea - "I do what plays in my soul. My goal is above all to look for my own way, avoid pigeonholing, telling about jewelry each time in a different language."

The Amber Museum has one of the artist's works in its collection. It is Maze, sculpture made of silver and amber. In the interview for the portal amber.com.pl we find its description: "The concept of the work was simple: the trail is a path leading to the goal, and the symbol of the search for the goal is a maze. Already in the oldest cultures you can find labyrinth patterns carved in the rocks" - explains Andrzej Boss. "I was surprised that the same pattern is repeated in different places, at different ends of the world."

The lumps of amber were chosen so that they fit together without cutting. Arranging all three pieces of amber makes it possible to find a place where this stone occurs. Amber routes as important trade routes were the main factor of cultural exchange and contributed to the civilization development of our part of Europe. Metaphorically, therefore, amber can be considered as the blood that animates the organism called Europe.

Andrzej Boss is a professor at the Academy of Fine Arts in Łódź. He was born in Tarnów. Designs and makes jewelry, utility forms and small sculptural forms. Amber plays an important role in his artistic creation. The creator values the opportunity to discover his "inner worlds" and inspiring natural forms of nuggets, which often suggest the final shape of the work. His works can be admired at home and abroad. Award-winning. In 1997 at the Amberif Design Award he won the main prize for a necklace, ring and brooch with amber, and in 2003 he was awarded for the pendant "Cast resin fingers".

Head of the Crucified Christ carved in amber