Smaller and bigger truths about the creation of amber 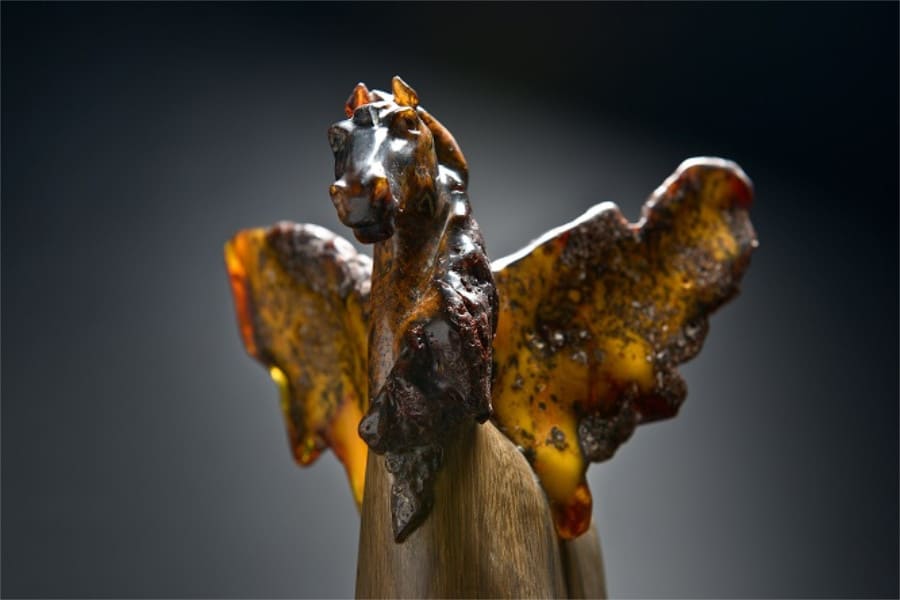 In Greek mythology, the reference to the creation of the bush is found in the history of Faeton, son of Helios - the god of the Sun. One day, Phaeton asked his father for permission to ride a sunny chariot. The father was persuaded by his son. However, Phaeton, who was not trained in driving, led the Earth and the Sun too close together, leading the solar chariot. The earth began to burn and immediately called for the help of Zeus. The boy, as punishment, was struck by lightning by the god Olympus and fell into the river Eridan like a live torch. Heliads - Faeton's sisters, out of regret at the death of their brother, were still sitting on this river, mourning his loss. The gods, pitying them, turned them into poplars, and their tears falling into Eridan turned into amber nuggets.

One of the Lithuanian legends tells about Jurata - the Baltic Queen, who lived in a beautiful castle at the bottom of the sea. Jurata fell in love with the young fisherman Kastytis without memory. God Perkun, however, did not approve of the relationship of the goddess with an ordinary mortal, for whom she was met with severe punishment - Perkun with a thunderbolt destroyed her amber castle, killed her chosen one, and Jurata was imprisoned in a sea cave. Tears that cry after the loss of a loved one, turn into sunny amber.

In turn, according to the Kashubian legend, amber is a divine gift brought in the claws of a griffin. It has invaluable value for the whole of Kashubia. If the need arises, he will be found to save the inhabitants and their region from scarcity.

In Kurpie, the creation of amber is associated with the tears of people punished by the Flood, while the useful variety of amber was to be created only from the tears of good people.

For centuries, some of the myths and legends have inspired many people to look for amber deposits and accumulations. Mythical Eridan was sought everywhere, but to no avail. Today, Eridan was considered a hypothetical river that transported amber from the forests of Fennoskandia to the Eocene sea in the Tertiary. Amber hunters familiar with the Lithuanian legend probably wonder which of the amber crumbs are Jurata's tears ...

Discover the magical and healing power of amber