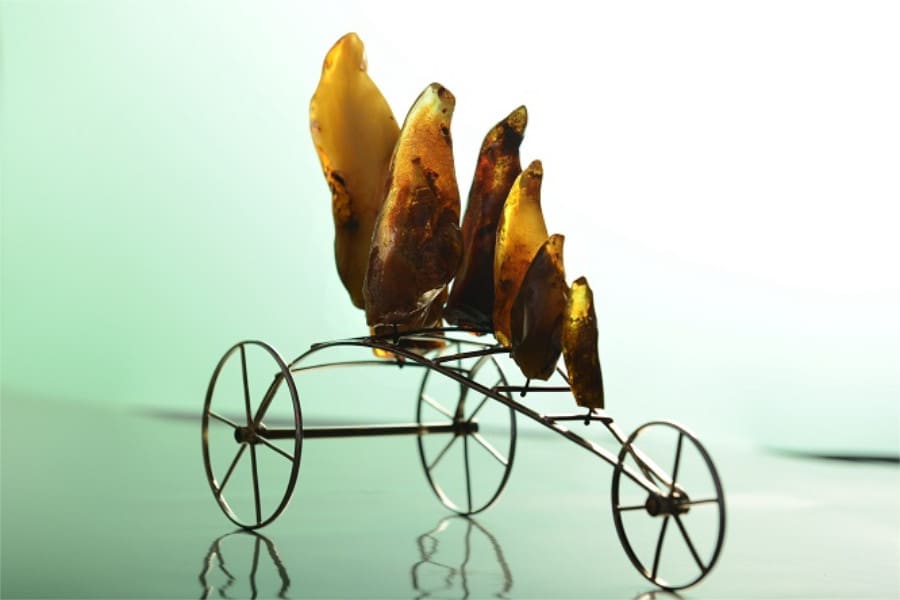 Amber in this family has been collected for generations. First by my father and now also by my sons.

The art studio, which Harald Popkiewicz creates with his sons, has existed since 1973. They design and make artistic jewelry and spatial forms in amber and silver.

In 1983, Harald Popkiewicz received the title of master of arts and crafts, and since 1999 he belongs to the Toruń Association of Visual Artists - Applied Arts. The natural shapes of Baltic amber inspire him to create new jewelry designs. The artist's artistic achievements can be admired both at home and abroad. His works can be seen, among others, at the Amber Museum in Gdańsk, Krakow, Germany, Vilnius and Russia, as well as at the Smithsonians Institute in Washington or Gintaro Galerija in Nida.

Eryk Popkiewicz an archaeologist by profession. Like his father, he specializes in designing and making artistic jewelry and spatial forms in amber and silver. Since 2009, he has been a member of the Association of Polish Artists - Polish Applied Arts Toruń District. In addition to the production of amber and silver jewelry, he also performs reconstructions and stylizations of tools and decorations from amber workshops from the Middle Ages and prehistory. He runs workshops on amber processing. He is the author of many scientific articles on amber. The artist's works are in museum collections and private collections in Poland, Germany and Lithuania.

Olaf Popkiewicz is also an archeologist. Outside the archaeological season, he improves his skills in a family jewelry workshop. His works are mainly sculptures made of amber and silver. The artist's works can now be admired in private collections and museums in Poland, Russia, Great Britain and the United States.