A precursor of the trend for natural forms in jewelry 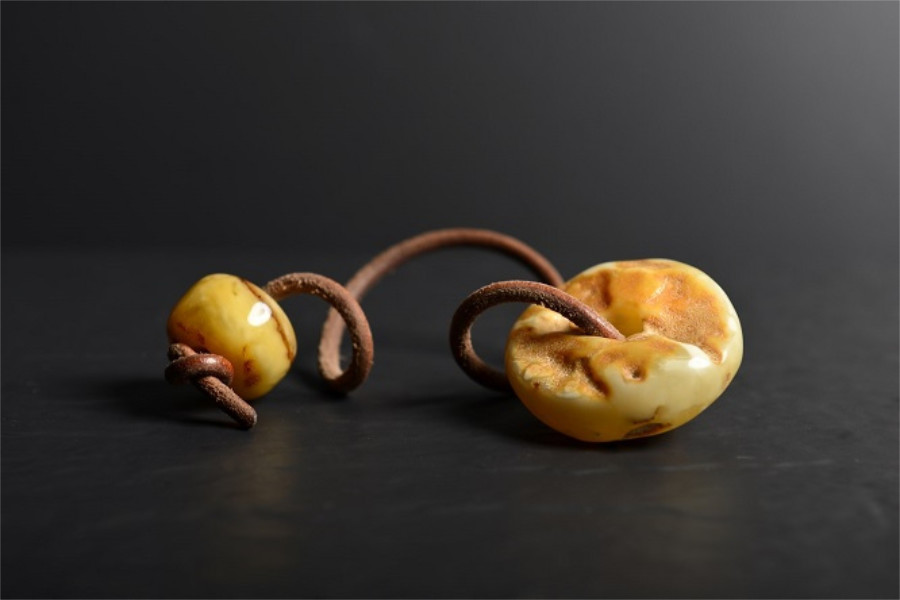 Maria Lewicka-Wala lived in the years 1941-2011. A geologist by profession. However, her real passion was jewelry - she began to create it from 1974. She was also fascinated by the design of clothes made of natural fabrics, sculpting and photography. From 1978 she belonged to the Association of Polish Artists from the Interior Architecture Section.

In the years 1992–1995 the artist studied natural medicine at the Institute of Macrobiotic Medicine in Kiental (Switzerland). In her colorful life she was involved in conducting workshops on the holistic treatment of man. She performed the sound of Tibetan bowls and played concerts on bowls and gongs. Her hobbies were traveling, music and culinary experiences.

Amber played an important role in her work. He gave her soul her jewelry. In an interview with Anna Sado for amber.com.pl we find: "As he recalls in the last interview to the prepared publication" Not only on the Baltic Sea - amber, amber, collectors and researchers ", from the first contact with this material she was convinced that amber fantastic things can be done. "She showed it in its natural form," the artist said. Her idea of "not framing" amber was a net in which she put more beautiful lumps. She also hung them on linen and silk cords or wrapped in delicate silver frames ".

The artist's achievements were presented both at home and abroad at individual and group exhibitions. The artist's works are part of the permanent exhibitions in the collections of twelve museums in Poland, Germany, Switzerland and the USA.

Maria Lewicka-Wala died on February 27, 2011, leaving a significant mark in the Polish amber art of the second half of the 20th century.

The winged horse = the god of thunder