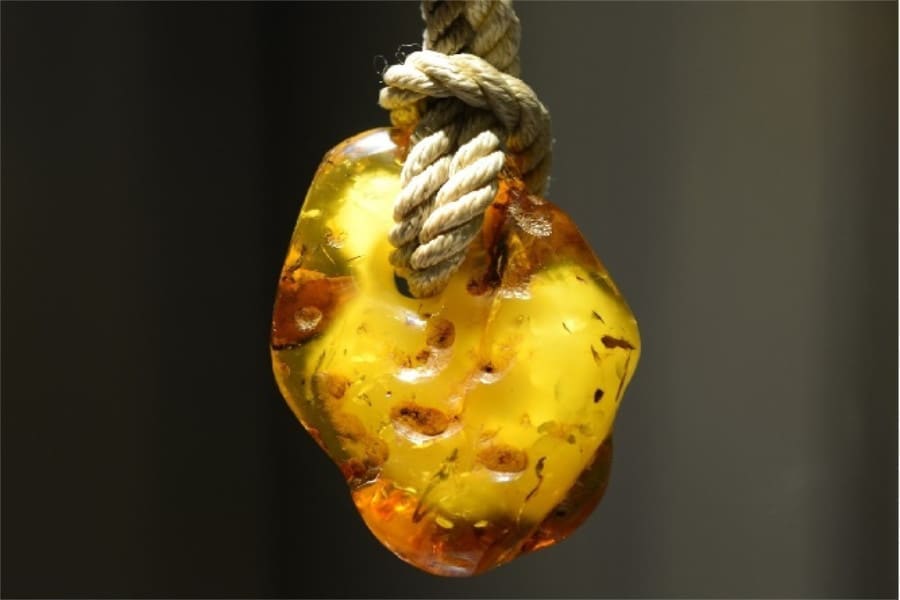 Eugeniusz Salwierz is a Krakow artist. He started with creating jewelry made of acrylic glass. Later he switched to amber, and his love for him was born in the mid-90s from the Dominican Fairs in Gdańsk.

In the book "Amber not only on the Baltic", in an interview with Anna Sado he said: "I liked amber right away, but I also approached it a little differently from the very beginning. At that time, amber workers in Gdańsk valued transparent, such clean, clean pieces the most, and I liked the "dirty" ones, which had "something": a piece of stick, hole or even bark. For me, these are the most beautiful, because then "live""Later he began to combine amber with acrylic glass. His jewelry is unique. They are mainly simple, modern geometric forms. In addition to jewelry, he also designs industrial forms such as turntables, amplifiers, speakers and furniture.

He has been honored many times for his artistic achievements. In 2006, for rings made of acrylic glass in combination with amber, he received a distinction in the Mercurius Gedanensis Jewelry Competition at the Amber, Jewelery and Gemstones Fair - Amberif in Gdańsk. Since 2008, his jewelry has been presented at numerous jewelry and fashion shows throughout Poland and around the world. In 2011, he won the "Golden Frame" award granted on the centenary of the Association of Polish Artists in Krakow for "Individual Turntables".

Maze according to Andrzej Boss

Location and methods of amber extraction