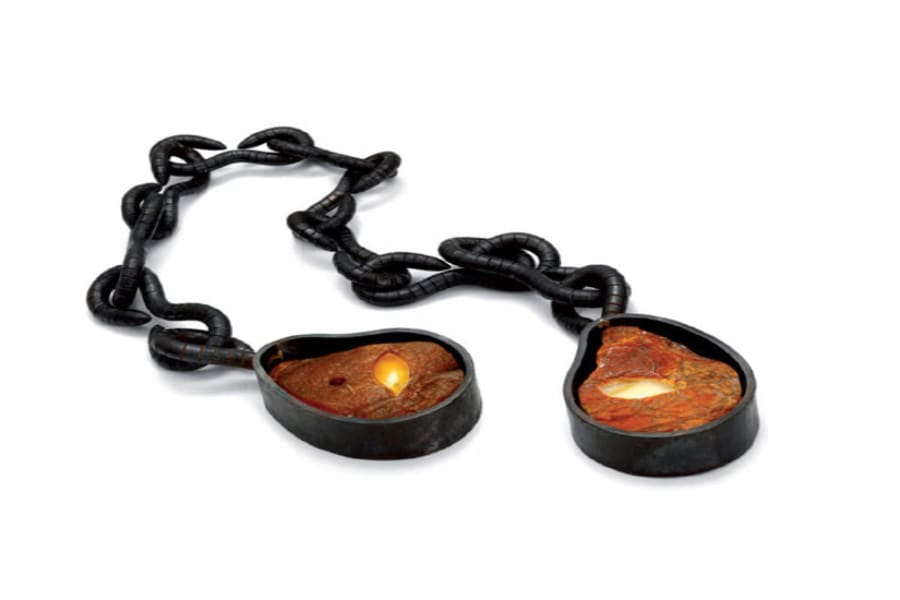 20 leading European jewelry makers have been invited to participate in this unique exhibition, the vast majority of whom have never dealt with amber before. The effect exceeded expectations.

In the exhibition, which is really an interesting experiment, the following were invited: Sławomir Fijałkowski, Christiane Förster, Karl Fritsch, Sophie Hanagarth, Herman Hermsen, Daniel Kruger, Stefano Marchetti, Pavel Opočensky, Annelies Planteijdt, Ramon Puig Cuyàs, Wolfgang Rahs, Philip Reich Sajet, Adolfas Šaulys, Gisbert Stach, Wilhelm Tasso Mattar, Manuel Vilhena, Arek Wolski and Petra Zimmermann. Most of them have never worked with amber before - and that was the assumption of the originators of this exhibition: they wanted the artists to look at amber with an 'uncontaminated' eye and be inspired by it. They were inspired by legends related to amber and their own associations with this stone. The resulting works are maintained in the mainstream characteristic of the current work of their authors, although marked by "amber sensitivity".

The originators of this exhibition are Wim Vandekerckhove, owner of the Villa de Bondt gallery in Ghent, and prof. Sławomir Fijałkowski, designer and lecturer at the Gdańsk Academy of Fine Arts. So far it has been presented in Ghent, Gdansk and Legnica, it will be on display in Ribnitz-Damgarten and Vilnius. Or maybe the Amber Museum in Krakow?